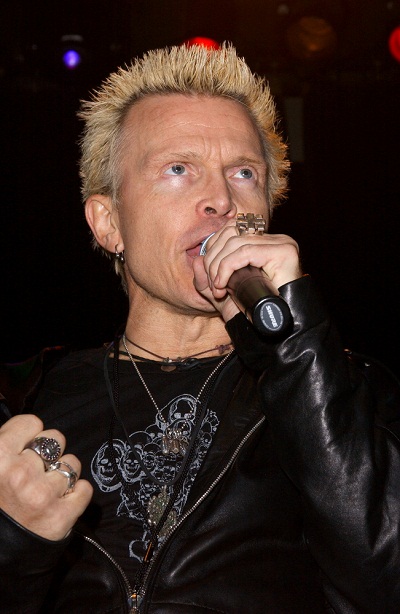 Billy Idol is a British musician, singer, songwriter, and actor. He was the lead singer of punk rock band Generation X.

Billy is the son of Johanna and William Alfred Broad. His father was English and his mother was Irish. In 1958, his family moved to New York, living in Patchogue and Rockville Centre, before returning to England, a few years later, where they lived in Dorking, Surrey, Bromley, London, and Goring-by-Sea, West Sussex. In 2018, Billy became a U.S. citizen.