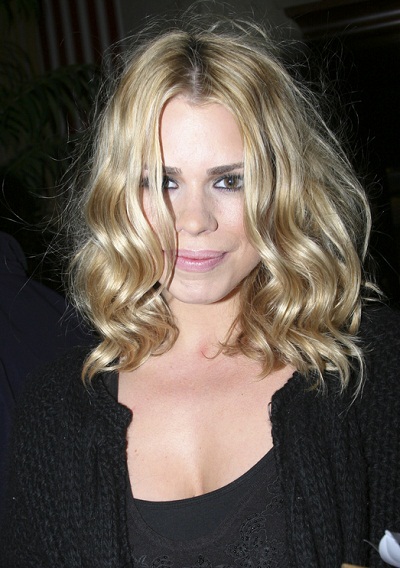 Billie Piper is a British singer, dancer, and actress. She has starred in the British television series Secret Diary of a Call Girl.

She is the daughter of Mandy and Paul Piper. Billie was born Leian Paul Piper, and her parents legally changed her name to Billie Paul Piper a few months after her birth.

She has two children with her former husband, actor Laurence Fox.

Billie’s paternal grandmother is Margaret Theresa Mowling (the daughter of James Harry Mowling and Gladys May Houssart). Margaret later took on the surname of her stepfather, John Chapman Frederickson. James was the son of James Henry Mowling and Augusta Maria Teresa Stock. Gladys was the daughter of Albert Victor Vinkeles Houssart and Elizabeth Grady; Albert’s father, Albert Abraham Vinkeles-Houssart, was born in Belgium, to Dutch parents.

Sources: Family history of Billie Piper (focusing on her father’s side) – http://www.telegraph.co.uk

Genealogy of Billie Piper (focusing on her father’s side) – http://www.geni.com