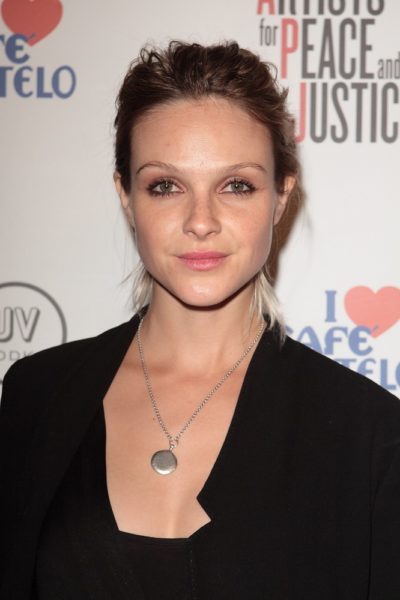 Garrett in 2010, photo by Prphotos

Beau Garrett is an American actress and model.

Beau is said to be a cousin of actor Kyle Chandler. It is not clear if this is accurate.

Beau’s paternal grandfather was Doyle Emerson Garrett (the son of Harley Umberfield Garrett and Lorena Floye Beard). Doyle was born in Iowa. Harley was the son of Charles Robert Garrett and Catherine McGuire. Lorena was the daughter of The Rev. Jabez Eliot Beard and Mary Eunice Jessup.

Beau’s paternal grandmother was Jeanne Frances Ladish (the daughter of Adrian Prudhomme Ladish and Edith Turner). Jeanne was born in Missouri. Adrian was the son of Leopold Sigmond Clemens Ladish, who was born in England, to a father from Lviv; and of Mary Josephine Adelaide Payne. Edith was the daughter of Guy Charles Turner and Amelia Skeen.

Beau’s maternal grandfather was Roger Rowland (born Roger/Rodger Rosenberg, the son of Barnett Rosenberg/Rowland and Mindell/Minnie Greenberg). Roger was born in California. Barnett and Mindell were born in Vilnius, to Jewish parents. Barnett was the son of Abraham Rosenberg and Susie Bowjarswy. Mindell was the daughter of Karl Greenberg and Jetty Beitelman.