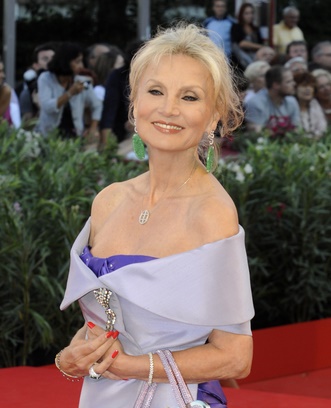 Bouchet in 2010, photo by Prphotos.com

Barbara Bouchet is a German-American actress and entrepreneur. She was born in Reichenberg, Sudetenland, then in Germany. Her father’s name is Fritz Gutscher. Barbara moved to the U.S. in 1948 with her family. She lives and works in Italy.

Bouchet is a stage surname.

She has acted in more than 80 films and television episodes, and founded a production company that has produced fitness videos and books.