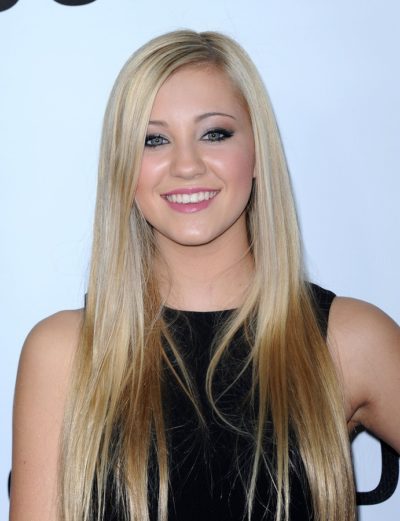 Sambora in 2012, photo by DFree/Bigstock.com

Ava Sambora is an American model and actress. She is the daughter of musician, rock guitarist, singer, and songwriter Richie Sambora and actress Heather Locklear.

Ava’s mother has stated “I am part Lumbee – way, way back on my father’s side.” The Lumbee are a Native American tribe. It is not clear if Ava’s Lumbee ancestry has been verified/documented. Ava’s most recent ancestors are all listed as “White” on U.S. Censuses. Through her maternal grandfather, Ava is the great-great-great-great-great-granddaughter of Duncan Locklear/Locklair and Nancy Quick, of South Carolina. These ancestors were, at least publicly, caucasian. It appears that the line has not been traced further than Duncan Locklear.

Ava’s paternal grandfather was Adam Sambora (the son of Joannes/Jan/John Baptist Sambora and Anna Klucek). Adam was born in New Jersey. Joannes was Polish, and was likely from Jodłowa. He was the son of Adamus/Adam Sambora and Marcianna/Marciana Kita. Anna was also Polish.

Ava’s maternal grandfather was William Robert Locklear (the son of Harper Hamilton Locklear and Esther Mary/Mae Wolsifer). William was born in Indiana. Harper was the son of William Jesse Locklear and Martha/Mattie/Madeline Walena Hatfield. Esther was the daughter of William George Wolsiffer, who was of German descent, and of Mollie H. Wilson.

Ava’s maternal grandmother was Diane Meredyth Tinsley (the daughter of Kenneth L. D. Tinsley and Ruth B. Roberts). Diane was born in California. Kenneth was the son of Jesse/Jessie William Tinsley and Hattie Belle Black. Ruth was the daughter of a man surnamed Roberts, and of Mary.

Genealogies of Ava Sambora (focusing on her mother’s side) – http://worldconnect.rootsweb.ancestry.com
http://www.genealogy.com
https://www.wikitree.com