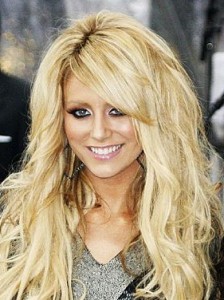 Aubrey O’Day is an American singer, songwriter, actress, fashion designer, reality television personality, and fashion model. She is a member of the duo band Dumblonde, with Shannon Bex, and a former member of the girl group Danity Kane, with Bex, Aundrea Fimbres, Dawn Richard, and D. Woods.

She is the daughter of Kandy and Richard O’Day.