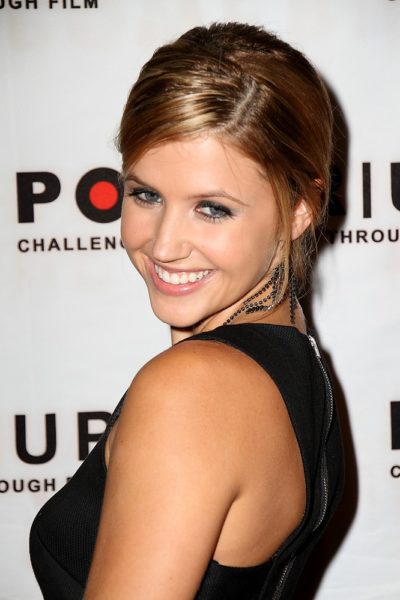 Gabrielle Christian is an American actress and singer.

Gabrielle is the daughter of Joani (Nelson) and Gabriel/Gabor “Gabe” Horchler. Her father is from Hungary. Gabrielle speaks fluent Hungarian. She was raised in Cheverly, Maryland. Gabrielle is married to Justin Mentzer.

I was born in my mother’s ancestral village in Eastern Hungary. We fled Hungary in 1944, lived in Austria as “displaced persons” for six years, and then were able to emigrate to the United States.

Gabrielle’s maternal grandmother was Doris H. Guhin (the daughter of Frances Edward “Frank” Guhin and Mary/Marie Jeanette Cole). Doris was born in Aberdeen, Brown, South Dakota. Frank was the son of James William “Jim” Guhin, whose parents were Irish, and of Margaret Agnes “Maggie” Doyle, who was also of Irish origin. Mary was the daughter of Howard W. Cole and Theresa M. Howell, who was Canadian.