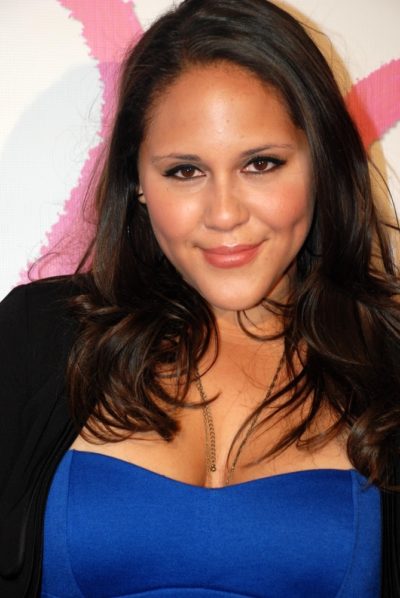 Ashley is the daughter of Jacqueline Popelka and Feliciano “Butch” Vierra Tavares, Jr. Her father was a member of R&B singing group Tavares, and has Cape Verdean ancestry. Her mother has Bohemian Czech, German, Austrian, and English ancestry.

Ashley’s paternal grandfather was named Feliciano “Flash” Vierra Tavares, Sr. Feliciano was born in Providence, Rhode Island, to a father from the Santiago Island, and a mother from the São Nicolau Island, both in Cape Verde.

Ashley’s paternal grandmother was Albina Gomes (the daughter of Albert Gomes and Josaphina/Josephine Mendes). Albina was born in Massachusetts, to parents from Cape Verde.

Ashley’s maternal grandfather was Anthony Joseph “Tony” Popelka (the son of Anthony/Anton Joseph Popelka and Helen Frances Kowatsch/Kowatch). Ashley’s great-grandfather Anthony was the son of Anton R. Popelka, whose parents were from Bohemia, and of Elizabeth Koenig, whose father was German and whose mother was from Bohemia. Helen was the daughter of Vincent/Vinzenz Kowatch/Kovacs and Helena Lebensorger, who were from Olbendorf, Güssing, Burgenland, Austria.

Ashley’s maternal grandmother was Marianna G. Jones (the daughter of Frank O. Jones and Rena Hilt). Marianna was born in Wisconsin. Frank was the son of Fred H. Jones, whose parents were English, and of Mary M. Brewer, who was English. Rena’s father was German.

Genealogy of Ashley’s mother (focusing on her own father’s side) – https://www.geni.com