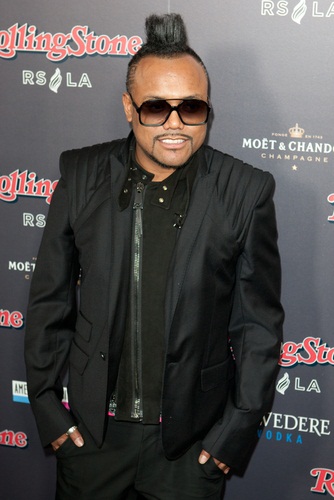 apl.de.ap is an American rapper, singer, and record producer. He is a member of the music group The Black Eyed Peas. Other members of the group are Fergie, Taboo, and will.i.am.

apl.de.ap was born in Angeles City, Pampanga, Philippines. His American father was in the air force, stationed at Clark Air Base, and was African-American. His mother, Cristina Pineda, was Filipino. apl.de.ap speaks Tagalog and Kapampangan.

apl.de.ap was initially raised by his single mother. At the age of fourteen, with the help of the Pearl S. Buck Foundation, he moved to the U.S., where he was adopted by his sponsor, a lawyer named Joe Ben Hudgens.