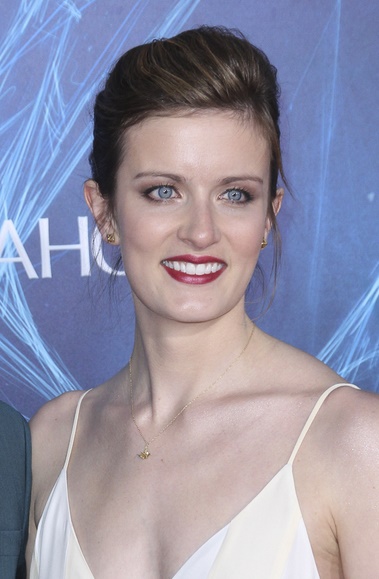 Anna Wood is an American actress. She is married to actor Dane DeHaan, with whom she has two children.

Anna’s maternal grandfather was Richard Claire Beaman (the son of Claire Sherman Beaman and Mabel Elizabeth Butler). Richard was born in Wisconsin. Anna’s great-grandfather Claire was the son of Elmer Delos Beaman and Ella Eugenia Sherman. Mabel was the daughter of Bernard/Barnard Butler and Catherine/Katharine Gonyo.

Anna’s maternal grandmother is Rita Evelyn Weirtz (the daughter of Paul Leo Weirtz and Mary Elizabeth Bonfield). Rita was born in Ohio. Paul was the son of Alfonzo Weirtz, who was from Leymen, Alsace-Lorraine, France, and was of ethnic German descent, and of Justina Weber, who was Austrian. Anna’s great-grandmother Mary Elizabeth was the daughter of Peter or Daniel Bonfield and Katherine “Kate” Gertrude Hayes, who were both born in Kentucky, and whose parents were all Irish immigrants.

Anna’s matrilineal line can be traced back to her great-great-great-grandmother, Mary Cosgriff, who was born, c. 1836, in Doon, Limerick, Ireland, the daughter of John Cosgriff and Mary Land.