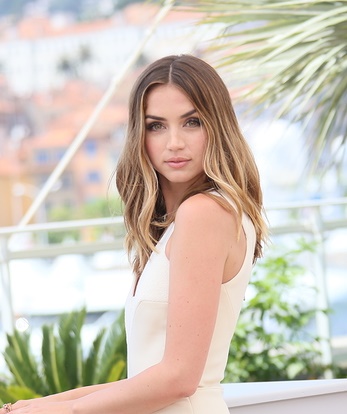 Ana de Armas is a Cuban actress. She is known for her roles in the films Knock Knock, Exposed, War Dogs, The Night Clerk, Knives Out, No Time to Die, Deep Water, and Blonde, among others.

She is the daughter of Ana and Ramón. She was born in Havana, Cuba and raised in the seaside town of Santa Cruz del Norte. On her mother’s side, her grandfather was from Guardo, Palencia, and her grandmother was from Valverde de Balboa, León, both in Spain. Ana moved to Madrid, Spain, when she was eighteen to pursue an acting career. She is also a Spanish citizen.