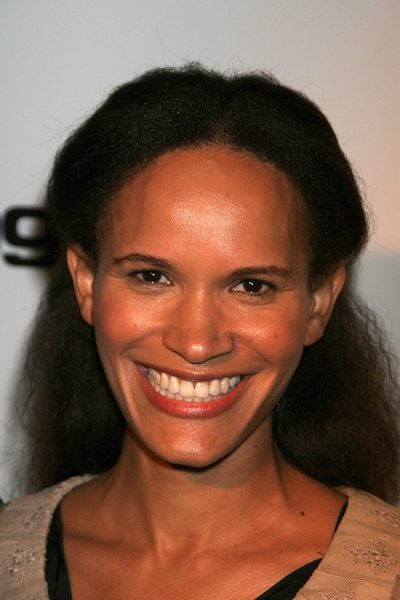 Luttrell Garrigus in 2006, photo by s_bukley/Bigstock.com

She was born in Dar Es Salaam, Tanzania, one of four daughters of a white American father, William Leon Luttrell, from Bossier City, Louisiana, and of a Tanzanian mother, Veronica Makihio Shenkunde Luttrell, of the Washambala tribe of the Usambara Mountains. Her family immigrated to Toronto, Ontario, Canada when she was a child, and she was raised there. Her sisters are actresses Rachel Luttrell and Erica Luttrell. Amanda is married to Tom Garrigus.

Amanda’s paternal grandfather was William Leon Luttrell, Sr. (the son of Marion Pinkney Luttrell and Alice Rue Emma Hanley). William was born in Louisiana. Marion was the son of Levy Jackson Luttrell and Ave Ann Gorum. Alice was the daughter of James A. Handley and Mary Ann Polly Parker.

Amanda’s paternal grandmother was Emmaline Ludloe Cade (the daughter of Samuel Coleman Cade and Annie L. Addison). Emmaline was born in Louisiana. Samuel was the son of Samuel H. Cade and Virginia Ludlow Nash. Annie was the daughter of Howell Daniel Addison and Emeline Price.