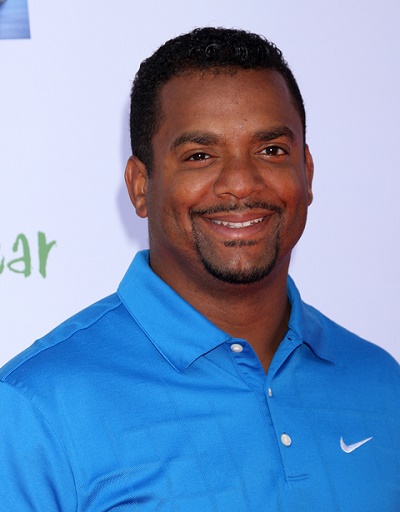 Ribeiro in 2012, photo by kathclick/Bigstock.com

Alfonso Ribeiro is an American actor, television host, director, and comedian. He co-starred on The Fresh Prince of Bel-Air, playing Carlton Banks, and is also known for his roles on Silver Spoons, In the House, and as the host of America’s Funniest Home Videos.

His parents were from Trinidad and Tobago. Alfonso is married to writer Angela Unkrich. He has a daughter with his former wife Robin Stapler; and three children with Angela.

Alfono’s grandfather was Albert Ribeiro, a Trinidadian calypsonian, known professionally as Lord Hummingbird (the son of Reginald Ribeiro). Reginald was the son of Emmanuel Ribeiro, of Saint Vincent and the Grenadines.

Alfonso has been described on the internet as the grandson of Roaring Lion, a calypso singer and composer. This is not accurate.