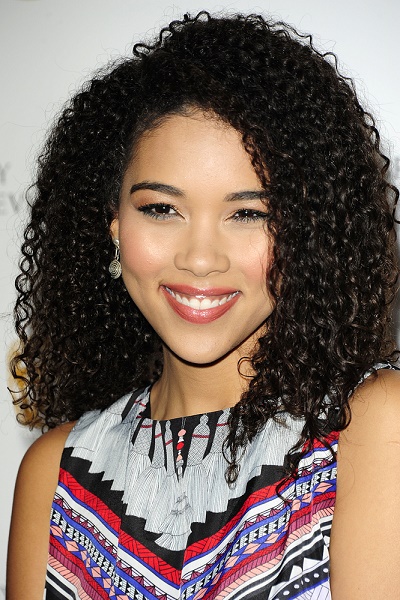 Alexandra Shipp is an American actress. She is known for playing singer Aaliyah in the television biography Aaliyah: The Princess of R&B (2014), Storm in the films X-Men: Apocalypse (2016) and Dark Phoenix (2019), and Abby in the drama Love, Simon (2018).

Alexandra is the daughter of Amy and James Shipp. Her father is African-American. Her mother is of English, Scottish, Irish, and Scots-Irish/Northern Irish descent.

A picture of Alexandra and her mother can be seen here.

A picture of Alexandra’s grandmothers can be seen here.

Alexandra’s paternal grandmother was Jane Ayre Hightower (the daughter of Major Duncan Hightower and Annie Laurie McCarthy). Jane was born in Georgia. Annie was the daughter of Abner McCarthy and Maria Blount.