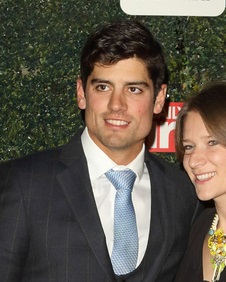 Alastair Cook is a British cricketer. He captained England for a record 59 Tests. He is also the most-capped English player ever.

He is the son of Stephanie Evans and Graham Cook. His mother is Welsh, from Swansea. He is married to Alice Hunt, with whom he has two children.