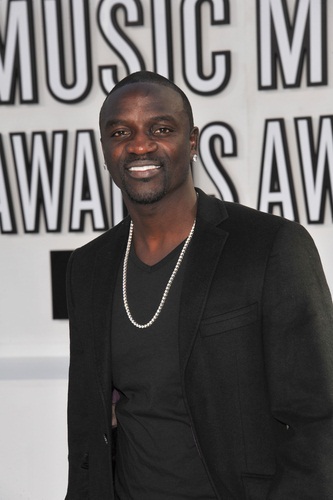 Akon is an American singer, songwriter, businessperson, record producer, and actor. He is also known as A-Kon and El Negreeto.

He was born in St. Louis, Missouri. He is the son of Kine Gueye Thiam (née Gueye), a dancer, and Mor Thiam (born Mor Dogo Thiam), a drummer, cultural historian, and entertainment consultant. His father was born in Kaolack, Senegal, to a Toucouleur family. He is of Wolof descent (the Wolof are an ethnic group in Senegal, Gambia, and Mauritania). Akon spent time in Senegal during his childhood, as well as Union City, and Newark, in New Jersey.

Akon’s style of music is a blend of West African vocals mixed with hip hop rhymes.

Akon is a Muslim.

He has (at least) nine children.