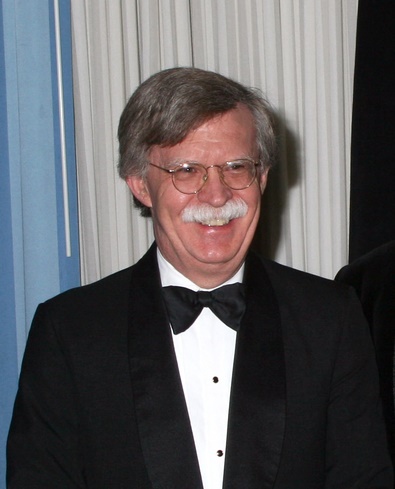 John is the son of Virginia Clara (Godfrey) and Edward Jackson Bolton. He is married to Gretchen Smith Bolton, with whom he has a daughter.

John’s paternal great-grandfather was a Russian Jewish immigrant. His other ancestry is Scottish, German, Northern Irish/Scots-Irish, and English.

John’s paternal grandfather was John Robert Bolton, Jr. (the son of John Bolton and Mary Elizabeth “Molly” Long). John’s grandfather John was born in Maryland. John’s great-grandfather John was a Russian Jewish immigrant (he is listed as speaking Yiddish on the 1920 U.S. Census). John’s great-grandmother Mary Elizabeth “Molly” was the daughter of Robert Daniel Long, who was of English descent, and of Catherine Schultz Wolf, who was of German ancestry.