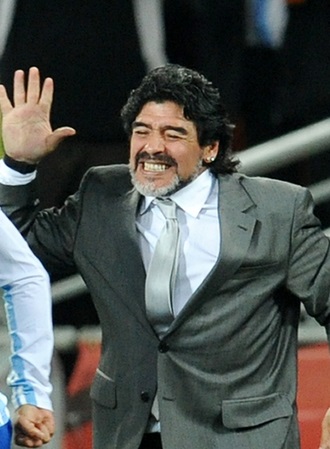 Diego Maradona was a legendary Argentinian football player and manager. He is considered one of the best players of all time. He was nicknamed “El Pibe de Oro”, meaning “The Golden Boy.”

Diego was the son of Diego “Chitoro” Maradona and Dalma Salvadora Franco Cariolichi, “Doña Tota.” The surname Maradona is often of Galician origin, from Mar da Dona (Spanish, Mar de la Virgen), meaning “Sea of the Virgin.” The surname can also be Italian. Diego was raised in the shantytown Villa Fiorito, on the southern outskirts of Buenos Aires. His family was from Corrientes Province. He was the brother of professional football players Raúl Maradona and Hugo Maradona.