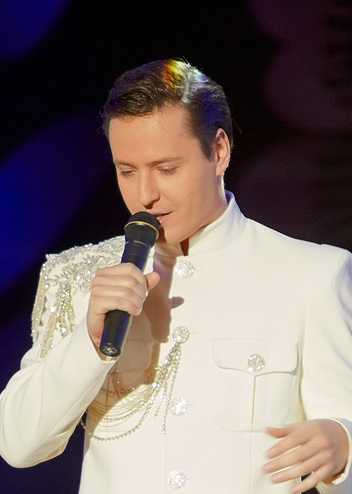 Vitas is a Latvian-born Ukrainian-Russian singer, songwriter, and actor. He is also known as Vitalik and Vitas.

He is the son of Lilia Mihailovna Gracheva and Vladas Arkadevich Grachev. He was raised in Odessa, Ukraine.

According to a Yandex article, Vitas’s paternal grandfather, Arkadiy Davidovich Marantzman, was Jewish, due to his surname. Arkadiy was born in Odessa, Ukrainian SSR, Soviet Union (now Ukraine).