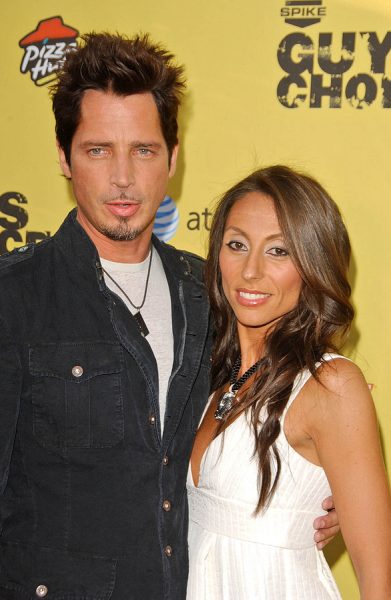 Karayiannis with husband Chris Cornell in 2007, photo by s_bukley/www.bigstockphoto.com

Vicky is the daughter of mother Toni Vasil. Her brother, Nicholas Karayiannis, also known as “DJ Nick Blast,” works as an executive at a New York restaurant.