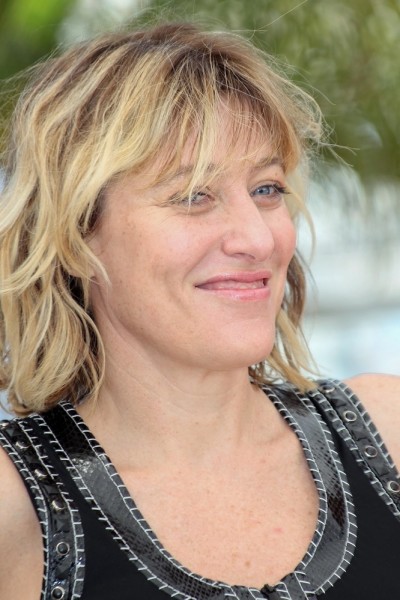 Bruni Tedeschi in 2013, photo by Prphotos.com

Valeria Bruni Tedeschi is an Italian-French actress, screenwriter, and film director. She is the sister of Italian and French musician, actress, and model Carla Bruni.

Valeria is the daughter of Marisa (Borini) and Alberto Bruni Tedeschi. Valeria’s father was of Italian Jewish and Italian (Catholic) descent. Valeria’s mother was of one quarter Italian and three quarters French descent.

Valeria has a daughter, who is adopted, from Senegal, with her former partner, actor and filmmaker Louis Garrel.

Valeria’s paternal grandfather was Virginio Bruni Tedeschi (born Virginio Tedeschi, the son of Giuseppe Yosef Tedeschi and Doralice Levi). Virginio, who was Jewish, and was from Vercelli, Piedmont, Italy, converted to Catholicism because of anti-Jewish discrimination. He added his wife’s surname, Bruni, to his name. Giuseppe was the son of Isacco Yitzhak Tedeschi and Colomba Sacerdote.

Valeria’s paternal grandmother was named Orsola Bruni. It appears that Orsola was of Italian Catholic background.

Valeria’s maternal grandfather was Carlo Dominico Enrico Borini (the son of Pietro Borini and Albertina Renand). Carlo was born in Omegna, Piedmont, Italy, and was of half Italian and half French descent. Pietro was the son of Carlo Leopoldo Borini and Francesca Novetti. Albertina was the daughter of Jean Marie Renand and Hélène Deleaval.

Valeria’s maternal grandmother was Renèe Louise Planche (the daughter of François Gilbert Planche and Valérie Louise Monnet). Renèe was born in Saint Etienne, France, and was of French ancestry. François was the son of Etienne Planche and Marie Rosalie Rozier.