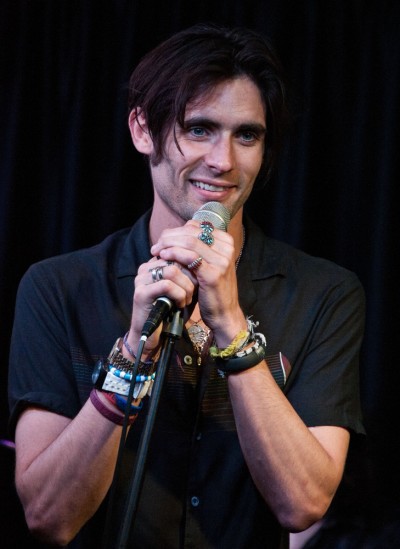 Ritter in 2012, photo by Prphotos.com

Tyson Ritter is an American singer, songwriter, musician, actor, and model. He is the lead vocalist, bassist, pianist, and songwriter of the band The All-American Rejects.

Tyson is the son of Tracey and Tim Ritter. He is married to Georgian-American actress Elena Satine, with whom he has a son.

Tyson’s paternal grandmother is Peggy Earline Sharpton (the daughter of Earl Earick Sharpton and Pauline Spyres). Peggy was born in Oklahoma. Earl was the son of John Calvin Sharpton and Grace Mabel Cronk.