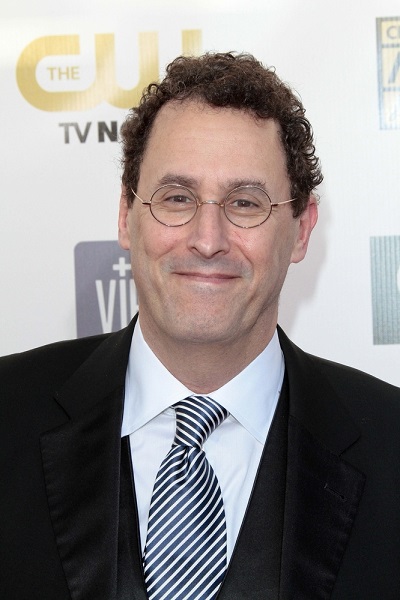 Kushner in 2013, photo by Prphotos.com

Tony Kushner is an American playwright and screenwriter.

He is the son of Sylvia (Deutscher), a clarinetist, and William David Kushner, a bassoonist and conductor. His father was born in Louisiana. His mother was born in New York. Tony was raised mostly in the seat of Calcasieu Parish, in Lake Charles, Louisiana. He is married to journalist and author Mark Harris.

A DNA test whose results were displayed on the show Finding Your Roots with Henry Louis Gates, Jr. (2014) stated that Tony’s genetic ancestry is:

Tony’s paternal grandmother was Lily/Lilly Donn (the daughter of David Wolf/William Donn and Mary Kessler). Lilly was born in New York. David was the son of Eli Donn.

Tony’s maternal grandmother was Sarah Judes Bard (the daughter of Salomon/Schlome Mendel Bard and Ruchel “Rose” Gehlman/Gillman). Sarah was born in Khorostkiv, Husyatyns’kyi district, Ternopil’s’ka oblast, Ukraine. Salomon was the son of Schaje Bard and Sosie. Rose was the daughter of Schaje/Schaja Gehlman and Lea.