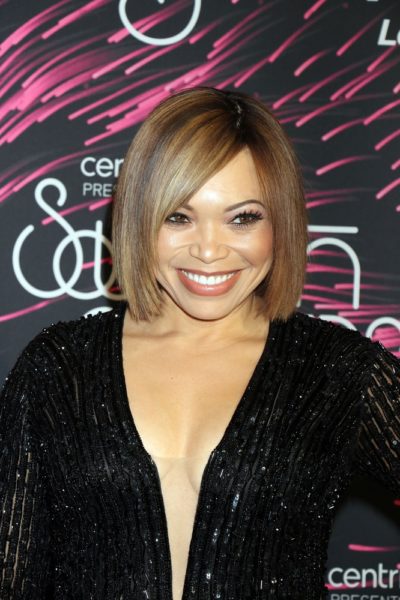 Campbell-Martin in 2015, photo by Prphotos

Tisha Campbell-Martin is an American television and film actress, singer, and dancer. She is the daughter of Hattie and Clifton Campbell. Tisha has two children with her former husband, actor and real estate agent Duane Martin.