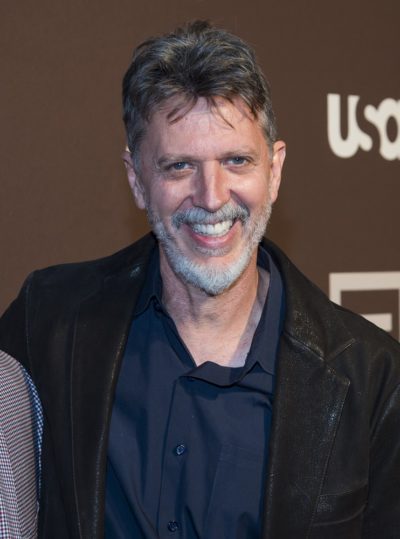 Tim Kring is an American screenwriter and television producer.

Tim is the son of Mildred Beth “Millie” (Guterson) and Ray Frederick Kring. His paternal grandfather was of German and English descent, and his paternal grandmother was of Polish (Catholic) ancestry. Tim’s mother is Ashkenazi Jewish.

Tim’s paternal grandfather was Doran Jacob Kring/Krang (the son of George Washington Kring/Krang and Lucinda Babcock). Doran was born in Missouri. George was the son of Johan Heinrich “Henry” Kring, who was German, and of Rachael/Rachel Merkle/Markley, who was of German descent. Lucinda was born in Ohio.

Tim’s paternal grandmother was Helen S. Zozkoka/Zukofsky/Zokofsky/Zukovski (the daughter of Trafil Zoskoka and Zalta Lozasosa). Helen was born in Russia, of Polish descent.

Tim’s maternal grandfather was Aaron Guterson (the son of Mocktra-Baer Guterson and Rachel Goldsman). Aaron was a Russian Jewish immigrant.

Genealogy of Tim Kring (focusing on his father’s side) – http://gracegenes.tripod.com

Genealogy of Tim Kring (focusing on his mother’s side) – http://www.geni.com