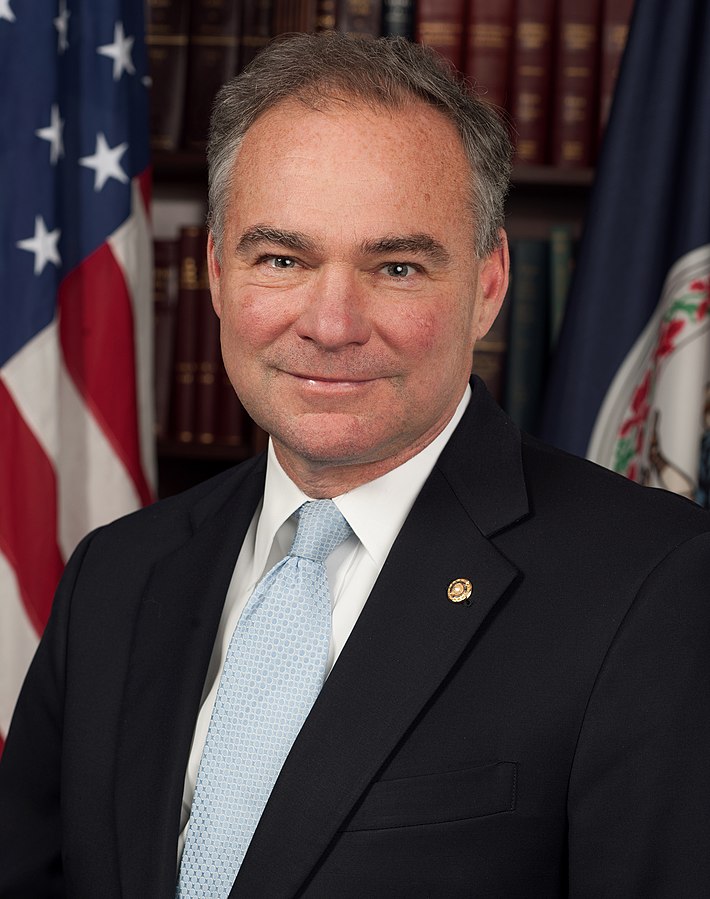 He was the Democratic Party’s nominee for Vice President of the United States in 2016.

Tim is the son of Mary Kathleen (Burns) and Albert Alexander Kaine, Jr. His father was of Scottish and Irish descent. His mother is of Irish ancestry. Tim is married to Anne Holton, a lawyer and judge, who has served as Virginia Secretary of Education, since 2014, and whose father, A. Linwood Holton, Jr., was Governor of Virginia, from 1970 to 1974. The couple has three children.

Tim’s paternal grandmother was Annabella/Annella/Ann Ellen Mary Farrell (the daughter of Patrick John Farrell and Mary Catherine Fleming). Annabella was born in Kansas. Patrick was Irish, from Donnybrook, Dublin, the son of Patrick Farrell and Mary Milnamow, both from Longford. Mary Catherine was born in Ontario, Canada, to an Irish father, Thomas Patrick Fleming, from Kilkenny, and a mother, Elizabeth Downey, who was born in Ontario, to Irish parents.