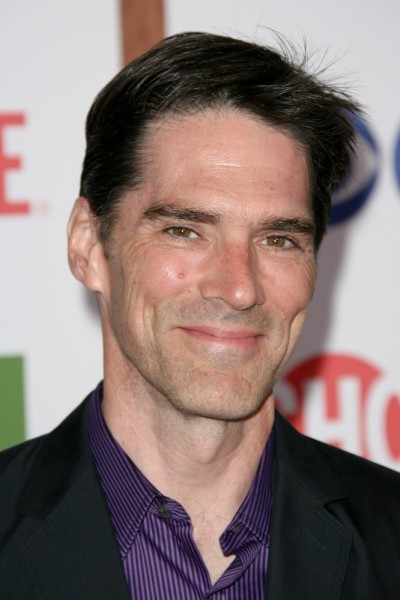 Thomas Gibson is an American actor and director. He is known for his leading roles on the shows Dharma & Greg and Criminal Minds, among others.

Thomas is the son of Beth and Charles M. “Mac” Gibson, a lawyer, and liberal Democrat, who served in the South Carolina state Senate and House. He has three children with his former wife Christine.

His father, whose ancestry in the U.S. traced back to the 1600s, was of English, Irish, Scottish, and Welsh ancestry. His mother’s ancestry is Irish and German.

Thomas’s maternal grandmother was Elizabeth Broening (the daughter of Joseph John Broening and Marie E. Depkin). Elizabeth was born in Maryland. Joseph was born in Maryland, to a German father, Jacob Broening, and an Irish mother, Mary C. Kyne, from County Galway, Ireland. Thomas’s great-grandmother Marie E. was the daughter of Frederick A. Depkin, who was German, and of Annie M., whose parents were German.

Genealogy of Thomas’s paternal grandfather, Charles Ellis Gibson (focusing on his own father’s side) – http://www.ancestry.com