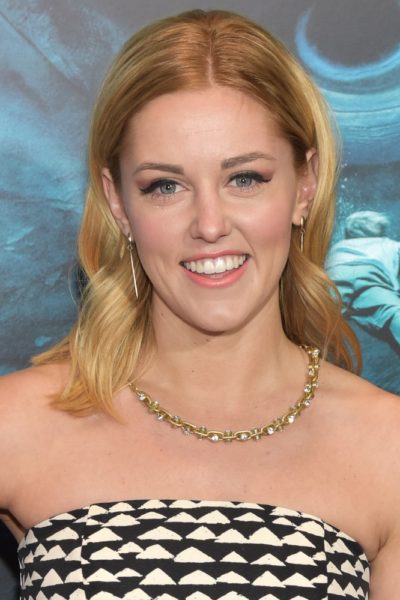 Taylor Louderman is an American actress, singer, and dancer. She has starred in stage versions of Legally Blonde and Mean Girls, among many other productions.

Her father is of English, Scottish, Irish, and German descent. Her mother’s ancestry is German, English, and remote French. She was raised in Bourbon, Missouri, near St. Louis. Taylor is married to Brooks Toth.

Taylor’s paternal grandfather was Joe Rogers Louderman (the son of Jess Lee Louderman and Clela Marie Morgan). Jess was the son of Charles Lowderman and Mary Cowan, whose father was born in Canada, to Scottish parents, and whose mother was English. Clela was the daughter of William H. Morgan, whose mother’s parents were German, and of Celia/Clio E.

Taylor’s maternal grandfather was Leonard Alvin Armstrong (the son of Julian Samuel Armstrong and Edith Viola Sohn). Julian was the son of Robert Woolsey Armstrong, whose father was English, and of Julia Elenora Pickles, who was of half English and half German descent. Edith was the daughter of William John Sohn, whose father was Alsatian German, and of LaVina Catherine Wideman.

Taylor’s maternal grandmother was Brenda Clydina Bremer (the daughter of Lawrence Throne Bremer and Susie Lee Warder). Lawrence was the son of Joseph John Bremer, whose parents were German, and of Mary Emma Throne, whose mother was German. Susie was the daughter of Otis Roy Warder and Tressie Clydena Reno.