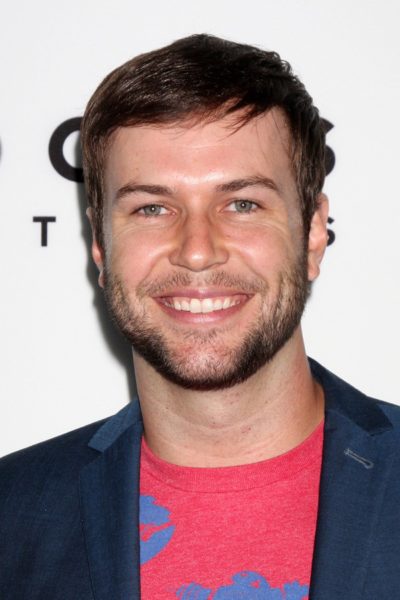 Killam in 2013, photo by kathclick/Bigstock.com

Taran Killam is an American actor, comedian, singer, and writer. He was a cast member on the show Saturday Night Live, and has appeared in the films My Best Friend’s Girl, The Heat, and Night School, among other works. He is married to Canadian actress Cobie Smulders, with whom he has two children.

Taran’s patrilineal ancestry can be traced to John Killam, who was born, c. 1627, in Suffolk, England, and moved to the United States. Taran has many Canadian-born forebears.

Taran’s paternal grandmother was Joanne Rice (the daughter of Silas Paul Rice and Muriel Mildred Martin). Joanne was born in California. Silas was the son of Oliver Lincoln Rice and Alma Rosetta Green. Muriel was the daughter of Clinton Howard Martin and Josephine Reed.

Taran’s maternal grandfather was Melvin Lars Light (the son of Dr. Samuel Emlin Light and Ruth D. Grandy). Melvin was born in Maryland. Samuel was the son of Samuel Light and Edith Frances McDill. Ruth was the daughter of James Clancey Grandy and Anna E. Grainger.

Taran’s maternal grandmother was Clara M. Bowe (the daughter of Dennis Valentine Bowe and Ruby Madsoe). Clara was born in Montana. Clara’s sister was actress Rosemarie Bowe, who was the wife of actor Robert Stack. Dennis was of Irish descent, the son of Edward James Bowe and Anna Burns. Ruby was the daughter of Norwegian parents, Bernhof Olson Madsoe and Alvide Olson Kvalo.