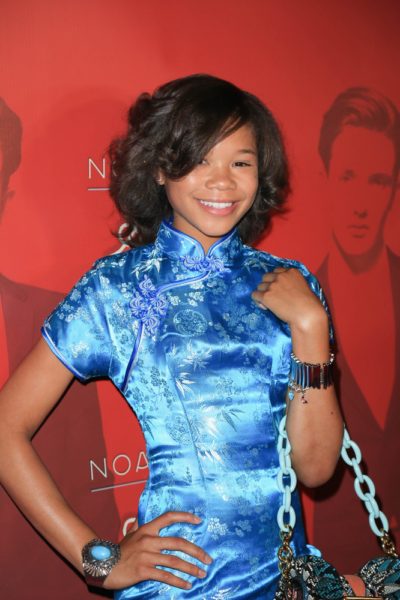 Storm Reid is an American actress. She starred as Meg Murry in the 2018 film A Wrinkle in Time.

Her character Meg is depicted in the film as biracial (with parents played by Chris Pine and Gugu Mbatha-Raw, who herself is biracial). It appears that in real life, both of Storm’s parents are black.