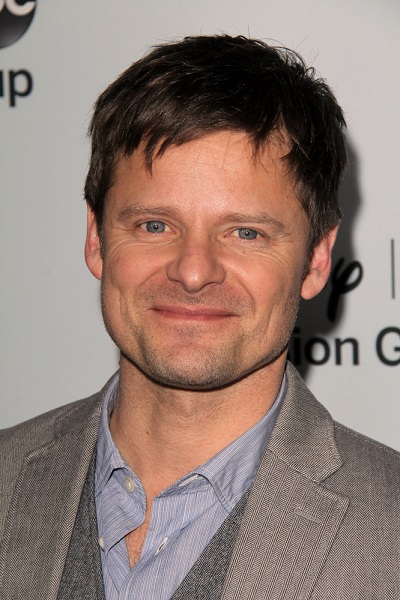 Steve Zahn is an American actor and comedian. His father, who is a Lutheran minister, is of half German and half Swedish descent. His mother is of German ancestry. Steve is married to author and theater artist Robyn Peterman, with whom he has two children.

Steve’s paternal grandfather was Clarence Eton Zahn (the son of Charles Robert Zahn and Emma Avers/Auers). Clarence was born in Minnesota. Charles was German, and was the son of Carl Wilhelm Herman Zahn and Henrietta Wilhemina Fleishfluscher, who was from Geschlitz, Pommerania, Prussia. Emma was born in Minnesota, to German parents, from Baden-Württemberg , Simon Auers/Auer and Veronika/Veronica Pahl, who was from Mosbach, Neckar-Odenwald-Kreis.

Steve’s maternal grandfather was Robert Otto Gades (the son of Fredrich/Fredrick/Fred/Frederick A. Gades and Martha E. Fels). Robert was born in Minnesota. Fredrich was German, the son of Prussian parents, Friedrick/Fredrick Gades and Sophie/Soffie Luebke/Luekke. Martha was born in Minnesota, to German parents, Charles Henry Fels, from Prussia, and Johanna/Johannah Wolfe.

Steve’s maternal grandmother was Helen Viola Senholz (the daughter of Henry Fredrick William Jacob Senholz and Sophia Maria Biesterfield). Helen was born in Minnesota, and was of German descent. Henry was the son of Frederick Sennholtz and Caroline Augusta L. Trubach. Sophia was the daughter of Friedrich Johann Christoph Biesterfeld and Engel Maria Dorothea Battermann.