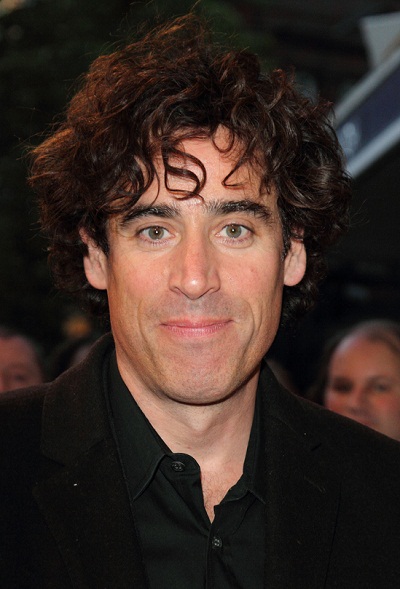 Stephen Mangan is a British actor.

Stephen was born in Ponders End, London, England. His parents, Mary (Donohoe) and James Mangan, were Irish Catholics. He is married to actress Louise Delamere, with whom he has three children.

In an interview with The Guardian, Stephen stated:

My parents were from a village on the west coast of Ireland and I look like a lot of people from that area. It’s the black Irish look. The way I look has opened a lot of doors… At Rada, we did a showcase for casting directors; one of them dropped their notes and I saw next to my name, “weird/foreign-looking”. I did Saturday Live and someone rang in with a question: “Please ask Stephen Mangan if he bursts out laughing every time he looks in the mirror, because his face is so funny!” I suppose I could take that either way. I don’t consider myself good-looking, I don’t think I am ugly – I am somewhere in the middle.

Stephen’s paternal grandmother was named Bridget (the daughter of Michael and Sarah Heneghan).