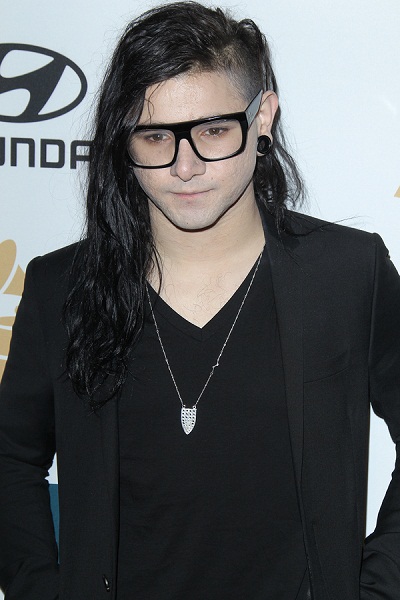 Skrillex in 2012, photo by kathclick/Bigstock.com

Skrillex is an American DJ, record producer, musician, singer, and songwriter. He is known for his Dub Step productions.

Skrillex has been described on the internet as being of Spanish/Hispanic and English descent by birth.