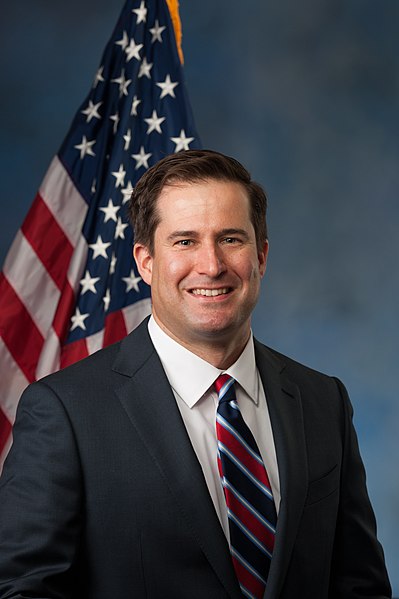 Seth Moulton is an American politician and Marine Corps veteran. A member of the Democratic Party, he has been a Member of the U.S. House of Representatives from Massachusetts, since January 3, 2015. He served four tours in Iraq.

Seth is the son of Lynn Alice (Meader), a secretary, and Wilbur Thomas Moulton, Jr., a real estate attorney. He was raised in Marblehead, Massachusetts. He is married to Liz Boardman, with whom he has two children.

Seth is of English and Irish descent. He also has distant Jersey [Channel Islander] roots. Much of his lineage goes through significant Colonial American ancestry, specifically in New Hampshire and Massachusetts.

Seth’s patrilineal line can be traced to William Moulton, who was born, c. 1617, in Ormesby Saint Margaret, Norfolk, England.