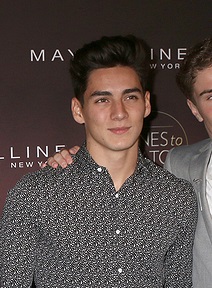 Perez in 2017, photo by kathclick/Bigstock.com

Chance Perez is an American singer and actor. He was a member of boy band In Real Life/IRL, with whom he appeared on the show Boy Band. He plays Javier “Javi” Garcia in the Power Rangers franchise.

Chance has a daughter.