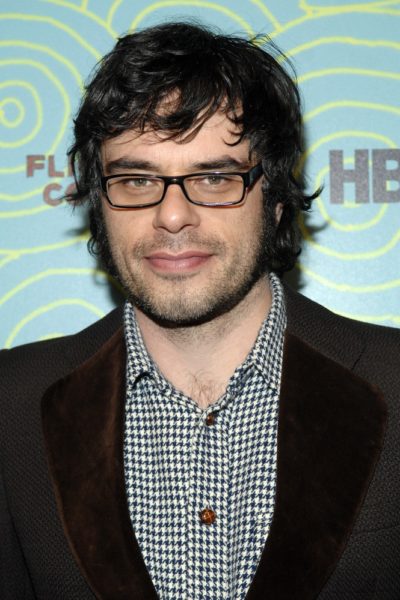 Clement in 2009, photo by prphotos.com

Jemaine Clement is a New Zealand comedian, actor, singer, songwriter, musician, writer, and director. He is one half of the comedy duo Flight of the Conchords, alongside Bret McKenzie.

Jemaine is the son of Merianne and Robert Clement, a self-taught stained-glass artist. Jemaine’s maternal grandmother is Māori.

He was raised by his mother and grandmother. His father became an alcoholic while working in the freezing works, and left the family in fear of causing them harm. Jemaine is married to theatre actress and playwright Miranda Manasiadis, with whom he has a son.

I was only 21 when they started it [a TV sketch show called Skitz] and remember, because I was part-Māori, having to play things like the street kids and glue sniffers. And going, that’s not my experience at all. I’ve never sniffed glue. I find the whole idea of drugs horrible. I would always insist on having a hood because I was so ashamed to be taking down my race like that.

Jemaine’s paternal grandfather was Eric Clement (the son of Herbert Thomas Mountford Clement and Florence Matilda “May” Wood). Eric was born in Adelaide, South Australia. Herbert was the son of Peter/Pierre Clement, who was born on Jersey, Channel Islands, and of Mary Mountford, from Surrey, England. Florence was from Suffolk, England.

Jemaine’s paternal grandmother was Kathleen Joan Gottschalk (the daughter of Cyril Ralph Gottschalk and Dorothy May Agnes Malcolm-Lynch). Kathleen was born in Norwood, Adelaide, South Australia. Cyril was the son of Carl George Friedrich/Charles August Gottschalk, whose parents were German, with his mother being from St. Andreasberg, Lower Saxony; and of Ada Selina Vincent, whose family was from London, England. Dorothy may have been of Scottish or Scots-Irish descent. She was the daughter of Mary Ann Malcolm.

Jemaine’s maternal grandfather was Louis George “Eddie” McArdell (the son of Patrick George McArdell and Maude Alice Mary Kathleen Radford). Louis was a shearer and platelayer in Greytown, Masterton, New Zealand. Patrick and Maude were from Tasmania, Australia. Patrick was the son of Patrick McArdall, whose father was from Armagh, Northern Ireland, and of Mary Anne Cleary, from Oatlands, Tasmania. Maude was the daughter of Charles Radford and Mary Anne Kilroy, from Ireland.

Jemaine’s maternal grandmother was Maikara Makere “Mai” Te Whaiti (the daughter of Hohaia-i-te-rangi “Joe” Te Whaiti and Whanaupani Anaru Tuhokairangi). Maikara was Māori, and was born in Masterton. Hohaia-i-te-rangi was the son of Iraia Te Ama-o-te-rangi Te Whaiti and Kaihau Te Rangikakapi Maikara Aporo. Iraia was born in Wairarapa, New Zealand, and was a Māori tribal leader, farmer, and historian, who started his own printing press and school. Iraia’s grandfather was John Robert Brown, a white whaler from Te Kopi. Jemaine’s great-grandmother Whanaupani was the daughter of Hāmi Mita Anaru-Tuhoukairangi and Tare Hera “Sarah” Ruarangi Cootes, whose grandfather was English.

Jemaine has stated that he is descended from a woman, an aristocrat who was the cousin of Louis the XIV, who moved to Ireland from France during the French revolution, where she married an Irish man.

Genealogy of Jemaine Clement (focusing on his mother’s side) – https://www.geni.com