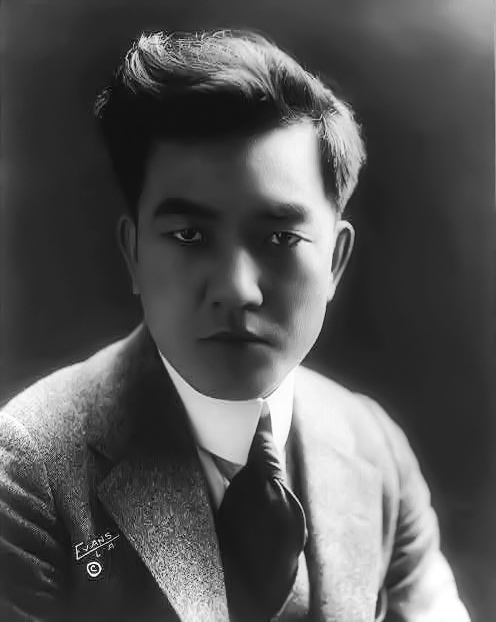 Sessue Hayakawa was a Japanese actor. He was one of the biggest stars in Hollywood during the silent era of the 1910s and 1920s. He is also considered the first actor of Asian descent to find stardom as a leading man in the United States and Europe.

He appeared in in Japanese, American, French, German, and British films.

His father was a provincial governor. Hayakawa studied at the University of Chicago around the early 1910s. He acted at the Japanese theatre in Little Tokyo in Los Angeles, and began appearing in Hollywood films in the mid 1910s.

Hayakawa was married to Japanese actress Tsuru Aoki (青木 鶴子 Aoki Tsuruko), until her death. He had a son with actress Ruth Noble, and two children, actress Yoshiko and dancer Fujiko, with Tsuru. Tsuru also adopted his son.