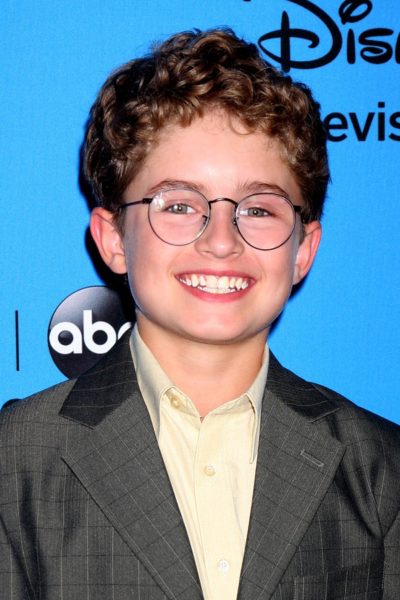 Giambrone in 2013, photo by kathclick/Bigstock.com

Sean Giambrone is an American actor. He is known for his role on the series The Goldbergs and in the film Kim Possible.

He was raised in Park Ridge, Illinois.

Sean’s paternal grandmother is Anne Marie Mugnaini (the daughter of Umberto Mugnaini). Umberto was a founder and president of the Mazzini-Verdi Club, and a founder of the Italo-American Maroons Club, an early Italian-American soccer team.

Sean’s maternal grandmother is Betty Jane Ruppel (the daughter of George Ruppel and Molly/Mollie Martin). George and Molly were from Kamenka, Saratov Oblast, Russia. Molly was the daughter of Phillip Martin and Anna Kuxhausen. Some of her family was from Hesse, Germany.

Genealogy of Sean Giambrone (focusing on his father’s side) – http://www.genealogy.com

Genealogy of Sean’s maternal grandmother, Betty Jane Ruppel (through her brother) (focusing on her father’s side) – http://genealogy.margheim.us