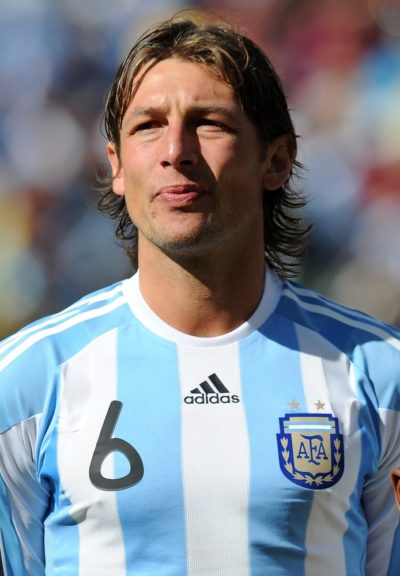 Gabriel Heinze is an Argentine football coach and former player. He played 72 times with Argentina.

He is the son of Ofelia Carmen del Pilar Titina and Jorge Alejandro Heinze. His father was of Volga German descent. His mother was Italian/Sicilian and Spanish ancestry. Gabriel is nicknamed El Gringo.

Gabriel’s maternal grandparents were Antonino Amata and Angela Martinez. Antonino was born, c. 1907, in Troina, Province of Enna, Sicily, Italy. He immigrated to Brazil in 1924 and later settled in Argentina.