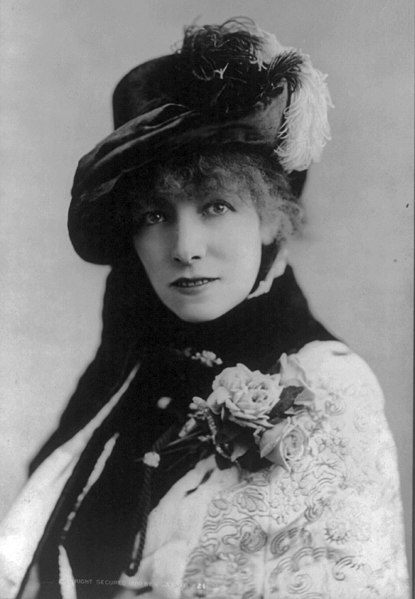 Sarah Bernhardt is a French stage actress. Appearing mostly on stage, she is one of the most famous actors of the 19th century. She starred in the plays La Dame Aux Camelias, Ruy Blas, Fédora, La Tosca, and L’Aiglon. She also played male roles, including Hamlet.

Her mother, Julie/Judith Bernardt, was a courtesan to wealthy men.

Sarah’s mother, who was born in Amsterdam, the Netherlands, was Jewish. The identity of Sarah’s biological father is not known. He was likely Catholic.

Sarah was married to military officer and actor Jacques Damala, until his death.

Source: Genealogy of Sarah Bernhardt (focusing on her mother’s side) – https://www.geni.com