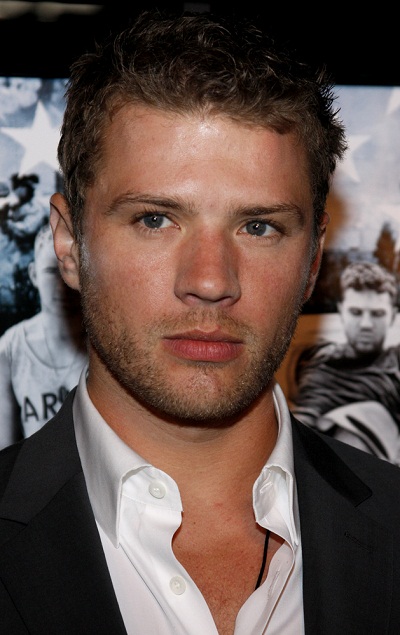 Phillippe in 2008, Photo by PRPhotos

Ryan Phillippe is an American actor, director, and writer. His roles include the films I Know What You Did Last Summer, 54, Cruel Intentions, Gosford Park, Crash, Flags of Our Fathers, Breach, MacGruber, and The Lincoln Lawyer, and television’s One Life to Live and Shooter.

While some may assume that his surname indicates a French origin, in Ryan’s case, the name was spelled Phillippi several generations back. Ryan’s patrilineal great-great-great-great-great-grandfather, Johannes/Johann Adam Phillippi, was an ethnic German emigrant, who was born, c. 1728, in Volksberg, Alsace, and the surname traces back to Switzerland before that. Johannes was the son of Johannes Georg Phillippi and Maria Christina Cleiss; his wife, Ryan’s five times great-grandmother, Maria Eva Barbara Eichelberger, was also of German descent.

Ryan’s paternal grandfather was Furman Dale Phillippi/Phillippe (the son of Samuel David Phillippi and Pearl Loretta Gentry). Furman was born in Tennessee. Samuel was the son of Andrew James Phillippi and Sophia C. Cress. Pearl was the daughter of Robert Phillip Gentry and Mary Loretta Cress.

Ryan’s paternal grandmother was Eunettia Amelia Hash (the daughter of Carl Hash and Rose A. Dool/Pool/Poole). Eunettia was born in Pennsylvania. Carl was the son of Orville H. Hash and Amelia Rutherford. Rose was the daughter of George Powell Pool/Poole and Almeda Jeannette/Nettie Carico. Almeda may have had distant French Huguenot ancestry, as the Carrico/Carricoe family in the United States is said to originate with French Huguenot ancestors in the 1600s.

Ryan’s maternal grandfather was Robert B. Thomas, Sr. (the son of Joseph Francis Thomas and Jennie Smith). Robert was born in Delaware. Joseph was the son of John Thomas and Mary. Jennie was the daughter of Thomas Smith.

Genealogies of Ryan Phillippe (focusing on his father’s side) – http://worldconnect.rootsweb.ancestry.com
https://www.geni.com