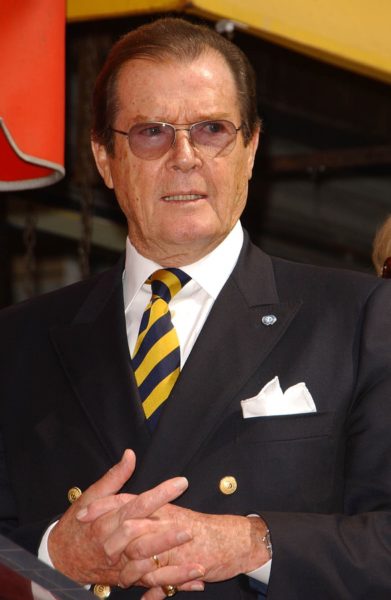 Moore in 2007, photo by s_bukley/Bigstock.com

Roger Moore was an English actor. He is known for having played James Bond in many films.

His father, George Alfred Moore, was English. His mother, Lily/Lillian (Pope), was born in Calcutta, India, of English origin.

Roger was married to Danish-born Swedish socialite Kristina Tholstrup, until his death. He had three children, including actress Deborah Moore, with his former wife, Italian actress Luisa Mattioli.