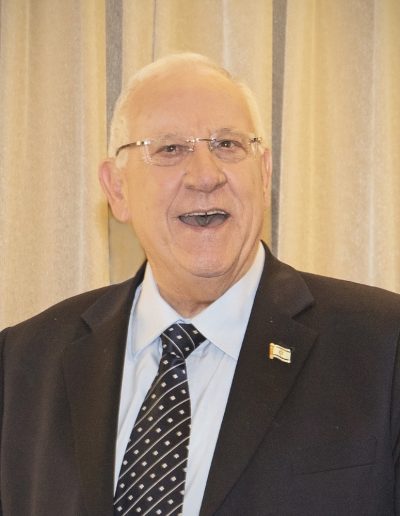 Reuven is the son of Rachel “Ray” Rivlin, who was born in England, and Yosef Yoel “Joseph Joel” Rivlin, who was born in Jerusalem. His father was an Oriental studies scholar, a professor at the Hebrew University of Jerusalem, and a member of the Academy of the Hebrew Language. His family has lived in Israel, specifically Jerusalem and Safed, for many generations on both sides. Reuven was married to Nechama (Shulman) Rivlin, until her death. The couple has four children.

Reuven’s paternal grandmother was Itta/Ita Rivka Shapira (the daughter of Isaac Shapira and Beyla Rothschild). Isaac was the son of Yehoshua Shapira. Beyla was the daughter of Aharon Rothshild/Rothschild.

Reuven’s maternal grandfather was Joseph Eliyahu/Elijah Rivlin (the son of Schneur Zalman Rivlin and Chana Minne Loewy/Lowey). Eliyahu was born in Jerusalem. Schneur was born in Safed, and was the son of Rabbi Eliyahu/Elijah Yosef Rivlin, from Ola, Belarus, and of Pessia Hadassah/Hadassa. Chana was the daughter of Rabbi Shlomo Zalman Loewy, from Ślesin, koniński, Greater Poland Voivodeship, Poland, and of Rasha Dreiza Rivlin, from Shkloŭ, Mogilev.