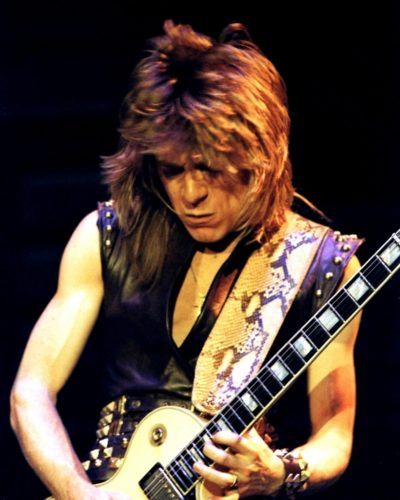 Randy Rhoads was an American musician, songwriter, and producer. He was the son of Delores Violet (Kell) and William Arthur Rhoads. His brother, Kelle, is also a musician.

Randy’s paternal grandfather was William Arthur Rhoads (the son of Henry Rhoads and Margaret Bell). William was born in Illinois.

Randy’s paternal grandmother was Leslie Fern Maurer (the daughter of Andrew Maurer and Susan Whitson). Leslie was born in Illinois. Andrew was born in Tuttlingen, Schwarzwaldkreis, Württemberg, Germany. Susan was the daughter of Charles Whitson and Sarah Davis.

Randy’s maternal grandfather was Frederick/Fred B. Kell (the son of Charles Delos Kell and Sarah E. Faust). Frederick was born in Illinois. Charles was the son of James Kell and Margaret Baldridge. Sarah was the daughter of Foladen Reuben Faust and Permelia King McElheney.

Randy’s maternal grandmother was Lelia Erma Johnson (the daughter of James Albert Johnson and Daisy Belle Niesel). Lelia was born in Colorado. James was the son of John W. Johnson and Catherine Highland. Daisy was the daughter of Henry Niesel, who was German, and of Sarah M. Palmer.

Genealogy of Randy Rhoads (focusing on his mother’s side) – http://www.findagrave.com