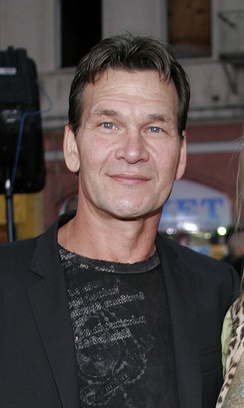 Patrick Swayze was an American dancer, actor, singer, and songwriter. He starred in the films The Outsiders, Dirty Dancing, Road House, Ghost, and Point Break, among others.

He was the son of Patsy Swayze (born Yvonne Helen Karnes), a choreographer, dancer, and dance instructor, and Jesse/Jessie Wayne Swayze, an engineering draftsman. Among his siblings is actor Don Swayze. He was married to writer, director, actress, and dancer Lisa Niemi, until his death.

Patrick’s paternal grandmother was Mamie Bell/Belle Johnson (the daughter of Duncan/Dunc Malcolm Johnson and Mary Anna McGee). Mamie was born in Texas. Duncan was the son of Peter Johnson and Elizabeth.