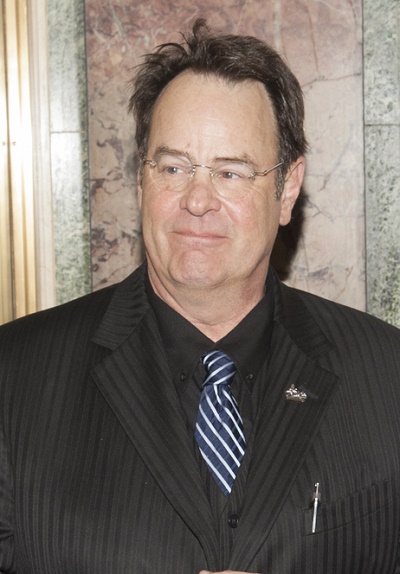 Aykroyd in 2013, photo by Prphotos

Dan Aykroyd is a Canadian actor, comedian, musician, and filmmaker. His roles include Saturday Night Live, Ghostbusters, Coneheads, The Blues Brothers, Neighbors (1981), and Driving Miss Daisy, among many others.

He is the son of Lorraine Hélène (Gougeon) and Samuel Cuthbert Peter Hugh Aykroyd, a civil engineer and policy advisor to the Canadian P.M. His brother was actor, comedian, and writer Peter Aykroyd. Dan is married to American actress and beauty queen Donna Dixon, with whom he has three children.

On his father’s side, he has English, as well as Irish or Scottish, and more distant Dutch and French, ancestry. Some of his ancestors had lived in the United States.

On his mother’s side, he is of French-Canadian descent.

Dan’s patrilineal line can be traced to Samuel Aykroyd, who was born, c. 1761, in Halifax, West Yorkshire, England.

Genealogy of Dan Aykroyd (focusing on his father’s side) – http://worldconnect.rootsweb.ancestry.com