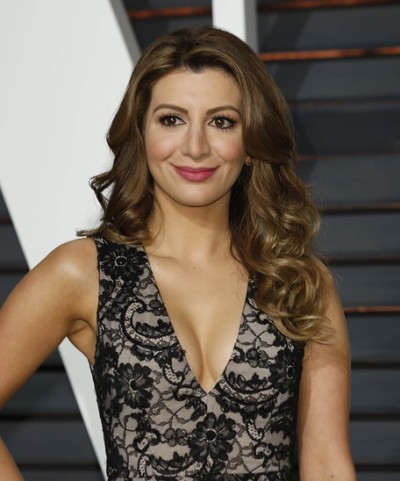 Pedrad in 2015, photo by kathclick/Bigstock.com

Nasim Pedrad is an American actress and comedian. She is known for being a cast member on five seasons of Saturday Night Live (2009–2014), and for co-starring in Fox’s short-lived sitcom Mulaney, and the series Scream Queens.

Nasim was born in Tehran, Iran, to Arasteh Amani and Parviz Pedrad. Pedrad and her parents lived in Tehran until 1984, before emigrating to the United States, and settling in Irvine, California. Her sister is comedy writer Nina Pedrad.