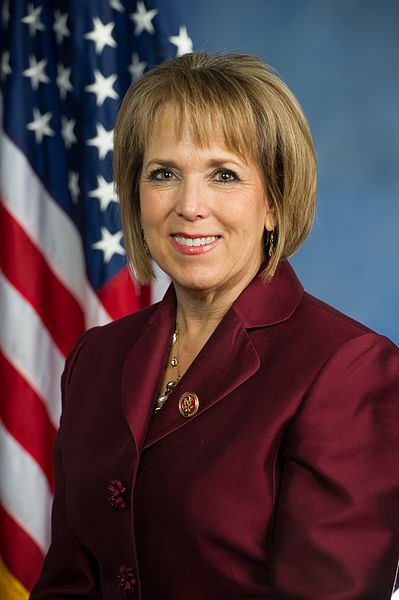 Michelle Lujan Grisham is an American lawyer and politician. A member of the Democratic Party, she has been Governor of New Mexico, since January 1, 2019. She was previously a Member of the U.S. House of Representatives from New Mexico, from January 3, 2013 to December 31, 2018.

She is the first Democratic, Latina elected chief executive of a state.

She is the daughter of Sonja and Llewellyn Eugene Lujan. She was married to Gregory Grisham, until his death. The couple have two children.

Michelle’s paternal grandfather was Eugene David Lujan (the son of Mateo Lujan and María Luciana Ambrosia Vaur). Eugene was born in New Mexico, and was a state justice. Mateo was the son of José Mateo Luján and María Antonia Velarde. Michelle’s great-grandmother María Luciana was the daughter of Jean Baptista Vaur and Eugenie Antoinette Guerin, who were from Vic-le-Comte and St. Dier d’Auvergne, respectively, both in Clermont Ferrand, France.

Michelle’s paternal grandmother was Rita Pino (the daughter of José Agustin Pino and Agneda Romero). Rita was born in New Mexico. José was the son of José Tomás Pino and Marina Baca. Agneda was the daughter of Mateo Romero and Ambrosia Romero.