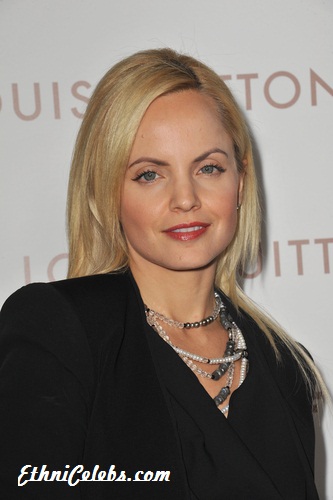 Mena Suvari is an American actress, fashion designer, and model. She is known for her roles in the films American Pie, as Heather, and American Beauty, as Angela.

Her father, Ando Iwar Sirmann/Süvari, was Estonian, and was born in Pärnu, Pärnumaa, Estonia. Her mother, Candice, who is American-born, is of Norwegian, German, and English (from her own father) and Greek (from her own mother) descent.

Mena is married to Michael Hope, with whom she has a son.

Sources: Genealogy of Mena Suvari (focusing on her father’s side) – https://www.geni.com