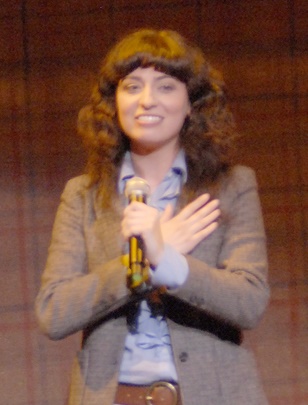 Villaseñor in 2011, photo by Prphotos

Melissa Villaseñor is an American actress, stand-up comedian, impressionist, visual artist, and singer. She was a cast member on the show Saturday Night Live.

Melissa is the daughter of Guadalupe “Lupe” Peralta and Miguel/Michael Humberto Villaseñor.

A DNA test whose results were displayed on the show Finding Your Roots with Henry Louis Gates, Jr. (2022) stated that Melissa’s genetic ancestry is: